We all download apps. There are literally millions of apps to choose from and sometimes nefarious developers can get their application published with ulterior motives. A situation has just happened as Google has removed twenty-two apps that were found to contain automated click-fraud scripts from the Google Play Store. We’ll take a short look at what these developers were up to, and how the fraudster would affect you if you were one of the two million users that happened to download these apps.

What Apps?
First, we’ll start with a complete list of the apps that had been infested with this nefarious code:

What Did These Apps Do?
SophosLabs found a cache of apps that feature what they call “Andr/Clickr-ad” malware. These applications are engineered with maximum flexibility in mind. They could contact a common attacker-controller server to download what is called an ad-fraud module. It does this every 80 seconds. The malware simply opened a non-visible window and would repeatedly click on ads, making the network look like it was getting more traffic, fraudulently enhancing the developers’ revenue.

No specific ad network was specified by Sophos, but users who had downloaded these applications would see a decrease in the battery life and/or an increase in the amount of data their device would use. One strange part of this is that some of the ad traffic was able to identify itself as from coming from iPhones, despite this appearing on Android-only apps. They came from “Apple models ranging from iPhone 5 to 8 Plus and from 249 different forged models from 33 distinct brands of Android phones.” This ploy was used as a way to increase revenues further as some advertisers will pay a premium to get their ads onto Apple devices. iOS versions of the apps, largely by the same developers, didn’t have the malicious code integrated.

Download Legit Apps
How can you go about making sure that you aren’t part of this problem? Download legitimate applications. Some of the best ways to make sure the apps you are downloading are legit, include:

Android has millions of legitimate applications on the Google Play Store, so worrying whether or not you’ve downloaded one that will put your data at risk shouldn’t be too worrisome as long as you stick to our best practices. To learn more about technology, security, and mobile strategies, call TWINTEL Solutions today at (888) 894-6411.

More posts from author
Friday, April 10 2020 Make Sure Your Use of the Cloud is Secure
Wednesday, April 08 2020 Handy IT Acronyms to Understand
Monday, April 06 2020 When Working Remotely, VoIP is an Indispensable Tool
Friday, April 03 2020 How is Your Business Going to React to a Crisis?
Wednesday, April 01 2020 Tip of the Week: Eight Ways to Optimize Remote Productivity 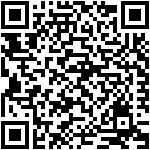