Samsung Galaxy vs Google Pixel, Which is Best for You?

When it comes to Android mobile OS-run smartphones, consumers may wonder where the value is when they see so many name brands charging premium prices for their flagship devices. Two of the most popular devices, the Google Pixel and the Samsung Galaxy s7, seem to be in a league of their own in the Android market. Today we do a brief comparison:

Google Pixel & Google Pixel XL
Brand awareness plays a major part in whether or not a device is economically viable. In the past, Google has released their “flagship” devices under the Nexus monicker, and users have found them to be the cleanest Android-run devices on the market. The Google Nexus brand has been manufactured by several companies including Huawei, HTC, and LG as Google doesn’t find that the cost of starting their own smartphone manufacturing outfit to be viable. This time around Google once again partnered with HTC to create their newest namesake device, the Google Pixel.

Designed and marketed as the first truly Google phone, the Pixel comes in two sizes: one with a 5-inch display and a 2,700 mAh battery, and a larger version called the Pixel XL that features a 5.5-inch display and a larger 3,450 mAh battery. Otherwise the two devices are identical, making the choice between the smaller and larger versions more of a matter of preference than a deliberation between specifications.

Both devices feature a Qualcomm Snapdragon 821 processor with 4GB of RAM, and a 12.3 dual-LED camera, that is now considered by industry professionals as one of the best camera experiences available on a smartphone today. They both are made from aluminum and glass and come with a rear-mounted fingerprint reader for security.

The Pixel comes in three colors: Quite Black, Very Silver, and Really Blue. Customers can choose a device with an ample 32GB of onboard storage, or a 128GB version for those users in need of more storage space for their media. The device is available for all major carriers and can also be purchased on the Google Store, where financing is available.

Samsung Galaxy s7 & Samsung Galaxy s7 Edge
If there has been an industry leader in the smartphone space, it has to be Samsung. Not only do they manufacture some of the most popular (and powerful) smartphones on the market, they produce components for several of their competitors’ devices. In a testament to their overwhelming popularity, of all the smartphones purchased in the first quarter of 2016, nearly a quarter of them were made by Samsung. Only time will tell if those numbers are sustained after their flagship smartphone, the Galaxy Note 7, was recalled and discontinued after hundreds of them were distributed with violently faulty batteries.

The Galaxy s7, however, is probably still the best smartphone on the market. The s7, and it’s sister product, the Galaxy s7 Edge, come with Super AMOLED displays, the most advanced chipset of any phone on the market and 4GB of RAM. If there is a feature you would like to see on a smartphone, the Samsung Galaxy s7, and s7 Edge, have it. They are dust and water resistant, they feature an always-on display, a great performing battery, and a return of expandable storage capabilities up to 200GB.

Like the Samsung Galaxy s7, the s7 Edge features a 5.5-inch Super AMOLED display, but the Edge features a rounded edge-to-edge design that some may favor. Each device features a fingerprint reader for security, fast-charging, and NFC for use with data transfer and payment platforms. It comes in six colors: Black, White, Gold, Silver, Pink Gold, Black Pearl, and Coral Blue; and, is available on every major smartphone carrier.

With the smartphone space becoming more and more convoluted, each of these devices provide a substantial upgrade over last year’s smartphones, while providing users the specifications and usability they seek in a new product. Their superior build-quality and industry-leading internals provide consumers the value they seek when shopping for the best smartphone for their dollar.

Facebook Twitter LinkedIn
Tags:
Samsung Android Google
The Difference Between a Satisfied Employee vs a L...
Tip of the Week: Here’s Your PC’s Wish List for Na...

More posts from author
Friday, April 10 2020 Make Sure Your Use of the Cloud is Secure
Wednesday, April 08 2020 Handy IT Acronyms to Understand
Monday, April 06 2020 When Working Remotely, VoIP is an Indispensable Tool 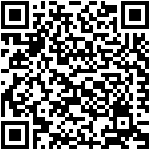