Why It’s Paramount to Keep Security in Mind

Over the last few years, there has been a meteoric rise in cybercrime, with nothing to indicate that rates will decrease anytime soon. Why would they? Bad actors and cybercriminals can make a pretty penny by attacking businesses, and they are only becoming more equipped and experienced in doing so.

The past few years have seen some of history’s greatest data breaches. For instance, the most notorious of these attacks, the Equifax breach, Yahoo, and Marriott-Starwood, resulted in a combined total of 3.5 billion accounts breached.

This means, statistically speaking, you would have a pretty good chance of picking a data breach victim of the past few years by randomly selecting two human beings from the entirety of planet Earth’s population.

Crunching the numbers, there has been an increase of security breaches of 67 percent since 2014.

What Does this Mean? Is Anything Secure Anymore?

Interestingly, there is a plus side to these enormous data breaches happening in the public eye, thanks to a few key points:

To clarify, we aren’t trying to sugarcoat the severity of a data breach, but having said that, the past few years’ cybersecurity threats have really given us all an example to consider. With new compliances, regulations, and other mandates being put into play, businesses are certainly considering these threats.

What About Small Businesses?

There is a tendency to overlook small businesses when discussing data breaches. After all, the ones that have struck large targets (like Yahoo, Target, eBay, Sony, and many others) almost always get a headline, along with the attacks that focus on municipalities, like the ones that targeted Albany, New York; Baltimore, Maryland; Wilmer, Texas or Lake City, Florida with ransomware.

What aren’t heard about so much, unfortunately, are the attacks that lead to much smaller companies shutting their doors for good… a side effect of the limited number of victims per attack, and the relatively casual approach that many have towards security. Unfortunately, a Verizon survey shows just how misguided the assumption that a smaller business size will protect it from threats, when 43 percent of businesses breached would be classified as small.

Security Needs to Be a Priority

Fortunately, there are ways that you can reinforce your business’ cybersecurity, especially with the help of TWINTEL Solutions and our experienced cybersecurity professionals. Call (888) 894-6411 to get in touch with us, so we can help evaluate and fulfill your business’ needs.

Facebook Twitter LinkedIn
Tags:
Security Phishing Cybersecurity
Tip of the Week: Why Rebooting Can Fix so Many Pro...
2020’s Smartphones, in Review

More posts from author
Friday, April 03 2020 How is Your Business Going to React to a Crisis?
Wednesday, April 01 2020 Tip of the Week: Eight Ways to Optimize Remote Productivity
Monday, March 30 2020 Backup System is a Crucial Tool when Disaster Strikes
Friday, March 27 2020 How to Operate in an Environmentally-Conscious Way
Wednesday, March 25 2020 How to Maintain Productivity when Illnesses are Rampant 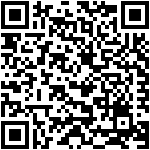